The Summer Of 22
by Roberta B. Turner

Will it be more of this?

The list of worldwide issues goes on and it’s real.  And its frightening.  People are suffering and there doesn’t seem to be a consensus of how to begin to solve the problems.   And the problems are not only our own in the United States but they are worldwide.  The list is so extensive that it would be impossible to include all the huge hurdles we as a country and a world are now facing.  Some startling examples include:

While Ukraine and Russia’s war is on the top of the list, there is no reason to comment further on this tragic situation as we are living with the news of this war daily.

It is expected that 23 million people are marching towards starvation, says David Beasley of the World Food Program.

It’s estimated 25 million people in Africa will live with HIV-Aids in 2022, and Malaria claims almost 400,000 lives in a typical year.

2022 is likely to see ongoing, bullish attempts to expand China’s global economic and geopolitical influence. A military attack on Taiwan, which Xi has vowed to re-conquer by any or all means, could change everything.

India, China’s biggest regional competitor’s total population could soon match or exceed China’s 1.41 billion, according to some estimates. The unresolved Himalayan border disputes between these two giant neighbors, which led to violence in 2020-21, is yet another threat to world peace.

Taiwan, which considers itself a sovereign nation, has long been claimed by China. But Taiwan also counts the US as its biggest ally, and Washington has a law which requires it to help the island defend itself. China increasingly sends warplanes into  Taiwan’s air defense zone while the US has sent naval ships through Taiwan’s waters.

Enough of the gloom and doom, and let’s find a way that we the people can influence our own destiny. Let’s pray sanity becomes part of our government’s agenda. The world looks to the United States as the super power that can resolve the problems, but the problems we face today are much bigger and more complicated for our country to solve alone. Couple this with the fact that we are a very divided country. We need to forget the political parties’ conflicting agendas and find a way to influence our politicians to be Americans first.

The lies, the anger, the greed, the corruption all need to stop. I don’t have the answer on how to solve or even begin to cure this but there are some actions we can implement that might get our voices heard.

One easy way is to stop purchasing all the books written by former polticians or, should I say, their co-authors. The books are a reflection of that person’s personal experience and opinion and not necessarily the facts. Greed fits the description in most cases.

Another suggestion to consider is don’t put your political party before the facts. This will be a challenge since the media coverage these days is so bias that for the most part the general public is in the dark.

Get to know your local politicians and join their groups or attend events they promote to hopefully provide valid and accurate information.

Have open conversations with close friends and evaluate how their views should be considered.

I am sure there are many other ways to get involved and to be active in influencing our country’s future.

It’s very important to be open minded. Get involved and believe in freedom of choice. 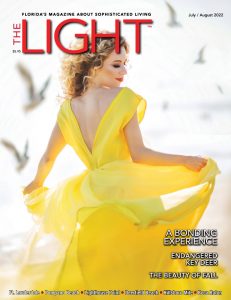