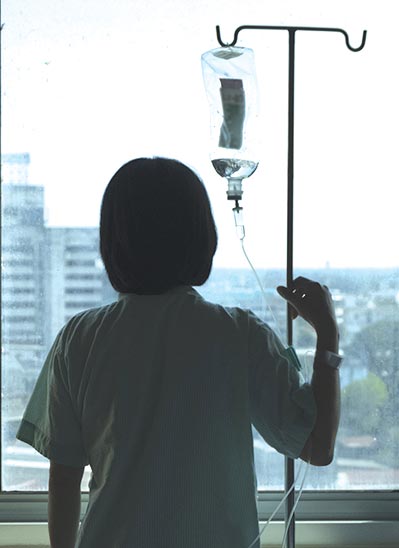 We do not often write stories about individuals, but we recently deviated from that rule and received many comments about how appreciative people were who had similar circumstances and welcomed someone else’s experience to prepare themselves for what’s to come.  Having breached that rule once, the flood gates are open and what follows are excerpts from the Journal maintained by a young woman with Chronic Lymphocytic Leukemia who was not able to put the disease into remission through chemo alone and reverted to having an allogeneic stem cell transplant using stem cells from donor umbilical cords.

The young lady in question is my oldest daughter Kelly, who lives in the Chicago area. Unfortunately, her words don’t always effectively describe her actual experience. When you read “tired” think “exhausted”; when you see “spiking fevers” think “raging fevers”; when you hear “nausea” picture “uncontrollable nausea”; and when she says “terrible” believe it’s closer to “nearly unbearable”. But, not only is she a beautiful woman, she is strong always upbeat and happy, and looking for the sunny side of things.

Her husband Rob summed her up perfectly as follows: “From my perspective, Kel continues to handle this whole ordeal, this healing process, with a steadfastness and grace that is astounding. I am proud to be her husband.”

For me, I’m proud and blessed to be her father I thank God she is doing well today.