Why Executive Orders Are So Popular Today
by Larry Turner

This topic would be relatively boring were it not for the number of Executive Orders coming out of the White House following the election of President Biden.  But little is really known about these documents even though they have been around for a long time.  There are also many misconceptions about these “orders.” 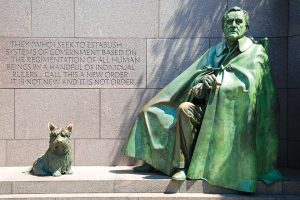 Although some citizens seem shocked at the number of Executive Orders being issued by the current president, they should reflect on the fact the President Roosevelt issued 3,728, President Truman issued 896, President Obama issued 277, and President Clinton issued 364 during his two terms in office.  So, this is not a current phenomenon; they have been in use for years.

An Executive Order is simply a statement in writing that directs certain actions of executive agencies or governmental officials.  Interestingly, such an order is signed by the president, approved by the Office of Management and Budget and the Attorney General, and is recorded in the Federal Register.

Once issued, Executive Orders can be rescinded by the president who signed them or by a new president, and Congress can override them specifically or simply by denying funding necessary to implement the orders.

So, there is nothing new about a number of Executive Orders being issued by a president, especially one that has been newly elected, and they often vitiate a previous order on the same subject by a previous president, and themselves are often overridden by the next president.